Today is the birthday of English photographer Eadweard Muybridge (b.1830 – 1904)  and it is being commemorated on Google.  Muybridge used multiple camera work to capture motion, using what he called his zoopraxiscope which projected motion pictures. He was doing this before the perforated film strip was invented.

He was actually born Edward James Muggeridge and was of Dutch extraction but he changed his name quite a few times in his American career.  He went under the pseudonym Helios, the Greek sun God) on many of his photos.  He named his studio Helios and his son bore this middle name.

Born in Kingston on Thames in 1830, he was to emigrate to the US in 1855 where he started his career as an agent for a publisher and  bookseller.  In 1850 he was involved in a stagecoach accident  in San Francisco and sustained severe head injuries.  He returned to England for a few years after this to recuperate, taking up photography between 1861 – 1866 and using the early photographic process of the wet collodion which was introduced in the 1850s

In 1866  he went back in San Francisco where  he became a successful photographer using mainly architectural and landscape as his subject matter.  He built his reputation with photos of San Francisco and the Yosemite  He quickly became noted for his grand photos of the West and in  1873 he was commissioned to photograph the Madoc War, a US Army’s expedition against the West Coast Indians.

Muybridge is famous for answering a much debated question of the day: do all four of a horses hooves move off the ground at the same time?

Former Californian Governor, race horse owner and business Leland Stanford asserted that horses showed their front legs extended forward and their hind legs extended at the rear – as shown in paintings at the time.  This was called ‘unsupported transit’ and in 1872 Leland set out to prove it scientifically  by hiring Muybridge to document it. 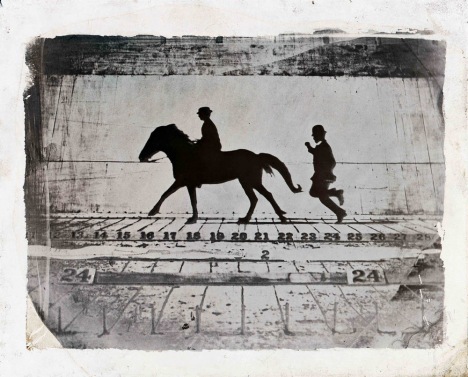 Muybridge and Stanford fell out regarding Muybridge’s research on equine locomotion as Stanford published a book called ‘The Horse in Motion’ giving no credit to Muybridge whose photos and research it contained.  This resulted in the Royal Society withdrawing an offer to fund his stop-motion photography.  Muybridge filed a lawsuit against Stanford but lost. 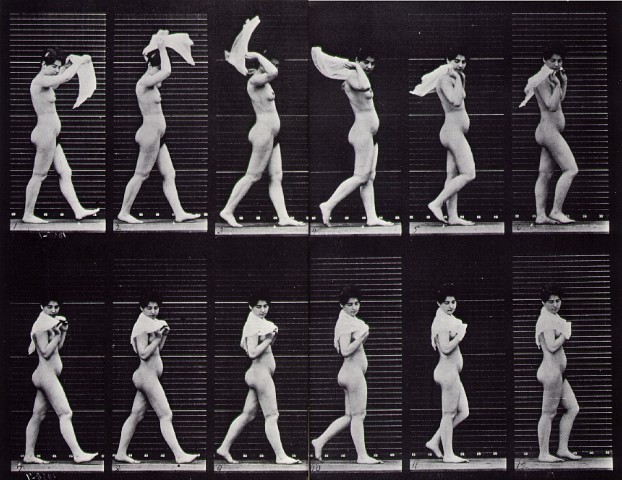 Muybridge’s troubles spilled over into his personal life.  In 1874 he discovered that his wife had taken a Major Harry Larkyns as her lover.  Muybridge got even by shooting him.  He was sent to trial, his defence being the injury he had sustained in the stagecoach accident which had caused him much injury.  Friends even testified that Muybridge’s character dramatically changed from pleasant and genial to erratic and unstable after the accident.  Although the jury dismissed his ‘insanity’ plea, he was acquitted for ‘justifiable homicide’ Stanford stood by him and paid for his criminal defence.

He left the Untied States after his acquittal, taking photographs in Central America and had his son Florado ‘Helios’ Muybridge put in an orphanage, believing Larkyns to be his true father even though in later life the boy bore a strong resemblance to Muybridge.

Muybridge lectured to a sell out audience in 1882 at the Royal institution in London.  Member included the Royal family and the future King Edward V11.  He returned to England for good in 1894, where he published two further books of his work.  He died on 8th of May 1904 in Kingston on Thames. 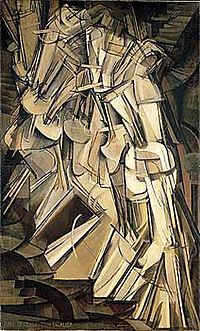 Muybridge has inspired a lot of artists as well as making a major contribution to photography.  Thomas Eakins, an American artist who had worked with Muybridge continued the motion studies, incorporating some of his findings into his own artwork.  Thomas Edison owned patents for motion pictures and Surrealist Marcel Duchamp was inspired to paint ‘Nude descending the Staircase No.2’ by Muybridge.  Francis Bacon was a huge fan of Muybridge and a lot of his work was influenced by Muybridge’s photographs.

Thanks to zacharyhaynes for the informative video