Today is the birthday of English Victorian artist Richard Dadd (b.1817 – 1886 Chatham Kent)  The supernatural held  a great fascination for Dadd and fairies and other worldly beings abound throughout this artist’s work.  His subject matter is extremely detailed and also included Oriental themes.

At 20 he attended The Royal Academy of Arts with Augustus Egg and William Frith amongst others.  He was considered a leadiing talent and along with Egg, Frith and Henry O’ Neilfounded the Clique.  It was during  an expedition from Europe to Greece, Turkey, Syria and Egypt in 1842 where he accompanied Sir Thomas Phillips that Frith underwent a transformation.  He became delusional and increasingly violent, believing he that the Egyptian God Osiris was influencing him.  At first it was believed that he had sunstroke.

Unfortunately, when he returned home Dadd was diagnosed to be of unsound mind.  His family sent him to Cobham in Kent to recuperate.  Whilst there he became convinced that his father was really the Devil in disguise, so he killed him with a knife and then fled to France.

Whilst in France, he attacked a tourist with a razor, and was arrested by the police.  On his return to England he was interred at Bethlem psychiatric hospital (Bedlam) and also Broadmoor, where he was encouraged to paint.  Many of his best paintings were created in hospital including ‘The Fairy Fellers  Master-Stroke’.

This particular painting took him a long time to paint (between 1855 – 1864)  – and he was never to finish it .  He  also painted 33 watercolour drawings as well as shipping scenes and landscapes.  Most of his work are small-scale and the attention to detail is astonishing.

Dadd spent 20 years in Bedlam before moving to Broadmoor outside London.  He remained there, painting until he died in 1886 of a disease relating to the lungs.

Dadd has influenced writers, musicians and playwrights.  British Rock band Queen were inspired to write a song based on and named ‘The Fairy Fellers Master – Stroke’  Terry Pratchet wrote ‘the Wee Free Man’ in 2003 and Robert Rankin‘s ‘The Witches of Chiswick‘ were both inspired by the same painting.

A radio play ‘Come unto these Yellow Sands‘ by fantasy writer Angela Carter was written about the artist’s life and Richard Babley (known as Mr Dick in David Copperfield) is also said to have a connection with Richard Dadd.

More information about The Halt in the Desert 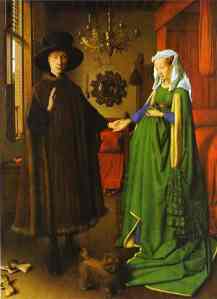